Pentec in the News

Waltham - Be careful what you sign in front of Waltham’s first handwriting analyst because 27-year-old Sarah Holmes just might be able to get into your head.

It should be called brain writing instead of handwriting, according to Holmes, who recently opened the New England branch of Pentec, Inc. She says the shape and form of a person’s penmanship is a window into the intricacies of their personality.

In Holmes’ line of business, every Jan. 23 is a day worth celebrating. It’s National Handwriting Day, a day dedicated to remembering John Hancock’s birthday, the importance of the written word and for Holmes —what his signature on the Declaration of Independence revealed.

“He was an honest (due to clarity of signature), self-reliant (underlining), man who has great depth of character (thickness of line quality) and was unafraid to show his courage (large signature and bold capital letters) and conviction (narrowness of letter form),” Holmes said.

Used in jury selections, fraud cases and corporate hiring, handwriting analysis is the interpretation of the slants, size, space and speed of written letters.

But opening the Waltham Pentec office at her home on Lexington Street was more than just a business venture for Holmes, it was a family tradition. Holmes is the third generation of handwriting experts and recently earned her master’s degree in psychology from Boston University. Her mother, Ruth Holmes, is a proven success and works out of Bloomfield Hills, Mich.

“Handwriting is graphic motor expression,” Holmes said. “It’s frozen behavior. I like to think of handwriting analysis as exploring the landscape of the mind.”

Corporations are now contracting the services of handwriting experts to help determine whether a certain personality fits their environment. Though Holmes said she does not tell employers whether to hire or not, she said the analysis gives the employer insight into aptitudes, talents and personality traits.

Holmes said Pentec also assists in jury selection in the courtroom by analyzing handwriting styles. According to Holmes, picking a sympathetic jury is easier by looking to see how the letters are linked and slanted as well as the size.

The Holmes family expertise has also been used in murder trials to determine if notes were” written by a suspect, in kidnapping cases to analyze ransom notes and scores of forgery situations.

As each case comes in, mostly through fax and e-mail, Holmes, said she writes a letter of opinion and puts together an exhibit book.

The process usually takes only a few days to complete if all the pertinent information is on hand.

Just by the script Holmes said, she can tell whether a person is analytical or critical, receptive, or naive, creative or guarded and clever or evasive. Holmes, also said the height of the writing can determine whether someone is governed by their, heart, instincts or mind.

“The main reason people write is to communicate,” Holmes said. “If you can’t read it then it usually means it’s someone who plays their cards close to their chest.”

A document examiner plays an unusual role in the courtroom since every juror has a signature, writes or prints in some form, and thus may be naturally inclined to closely follow the testimony of a handwriting witness. In response to questions, testimony is given, whereby the findings from the examination of documents that contain questioned handwriting are explained. This process, to be effective, requires not only the examiner’s ability to communicate with attorneys and other courtroom players, but also that the expert present themselves and the exhibits in a way that support their opinions competently and credibly. The witness is ultimately teaching the jury, a group of total strangers to the field, how to compare, contrast and understand the fine details of handwriting examination.

This study is an investigation into the validity of handwriting analysis. Proponents of graphology maintain that personality traits are manifested in fine motor expression (i.e., handwriting) and this study seeks to explore the relationship between personality, cognitive functioning and handwriting. Currently, the research on handwriting as a tool for personality assessment offers mixed results, some studies support the notion that it is a valid and reliable measure of character while others claim that it lacks scientific merit and that the accuracy of the graphological evaluations is no better than chance. Despite differing opinions in the scientific community, handwriting examiners advise individual, legal and corporate clients across the country. Individuals retain their services for self-knowledge, relationship and vocational guidance, attorneys hire them as jury and trial consultants, and human resource departments hire them to assist in the selection of personnel.

In this study, we will compare scores from neuropsychological and personality tests with evaluations received from handwriting examiners from around the world. Findings from this study may provide insight into the validity of handwriting analysis while at the same time help clarify much of the existing literature. Insights into how various personality traits are manifested in fine motor expression can provide valuable information to individuals who seek to understand how handwriting reflects personality and cognitive functioning.

“Jury Consultants Using Handwriting In and Out of the Classroom” Holmes, Ruth E. Journal of the American Society of Professional Graphologists VI 2004 View Abstract Download

There is a new trend to use jury consultants and handwriting examiners to provide an outside perspective to attorneys during a trial. Adding another dimension to the courtroom process, these experts are trained to study such factors as verbal and non-verbal behaviors written communiqués, information derived from questionnaires and jury forms, focus groups, and mock trials, all to ascertain the personality dynamics of a jury. Assimilating how different personality types of the courtroom players—jurors, judges, witnesses, and attorneys interact is becoming crucial in trial strategy. Jury consultants are making a significant impact on how many trials are being conducted in the expanding legal arena.

The handwriting of approximately 100 visionary leaders in such fields as business, science, education, art, politics and film was analyzed and categorized. Four distinct types of creativity emerged:

Common traits and distinct differences among all these individuals were assessed. 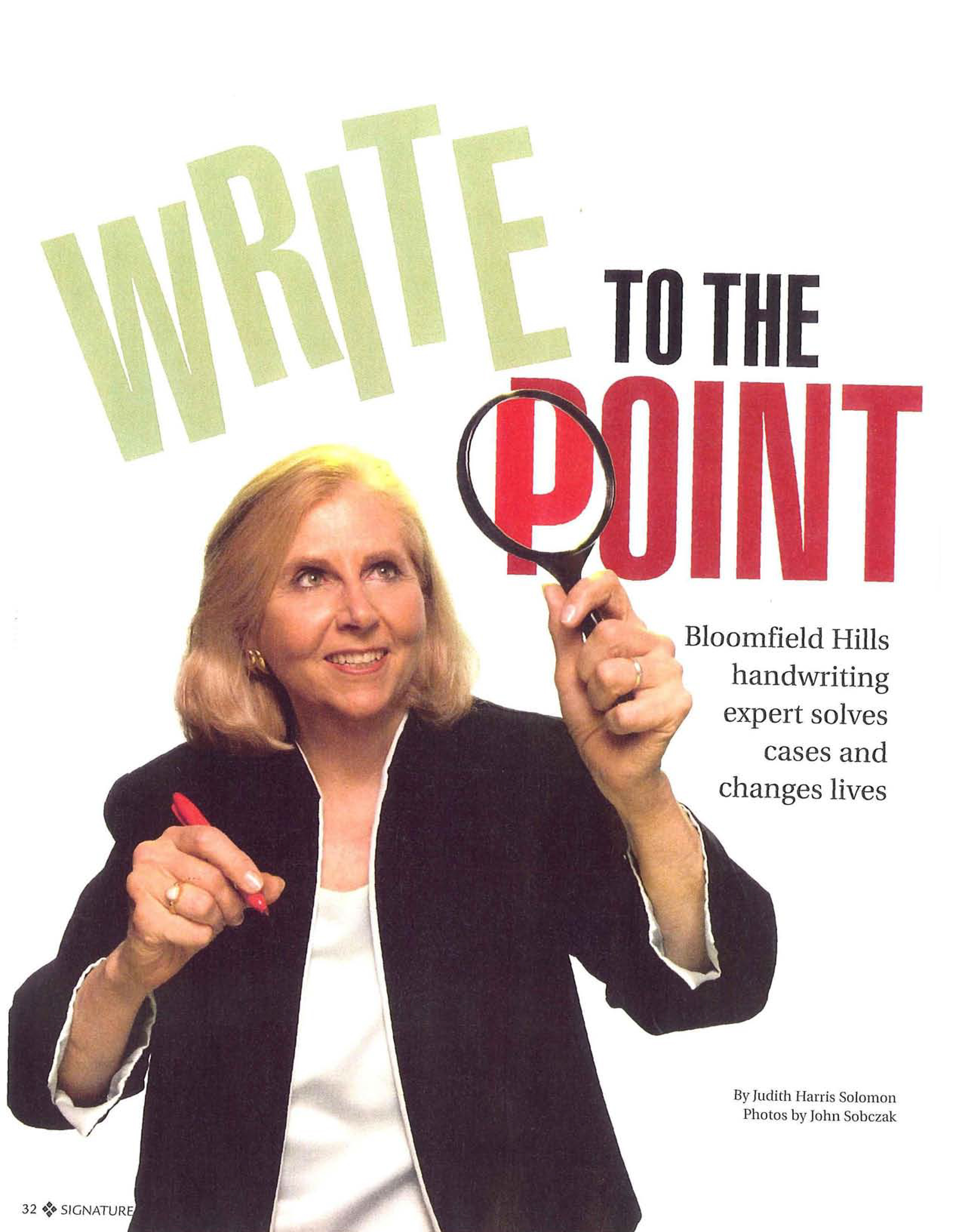 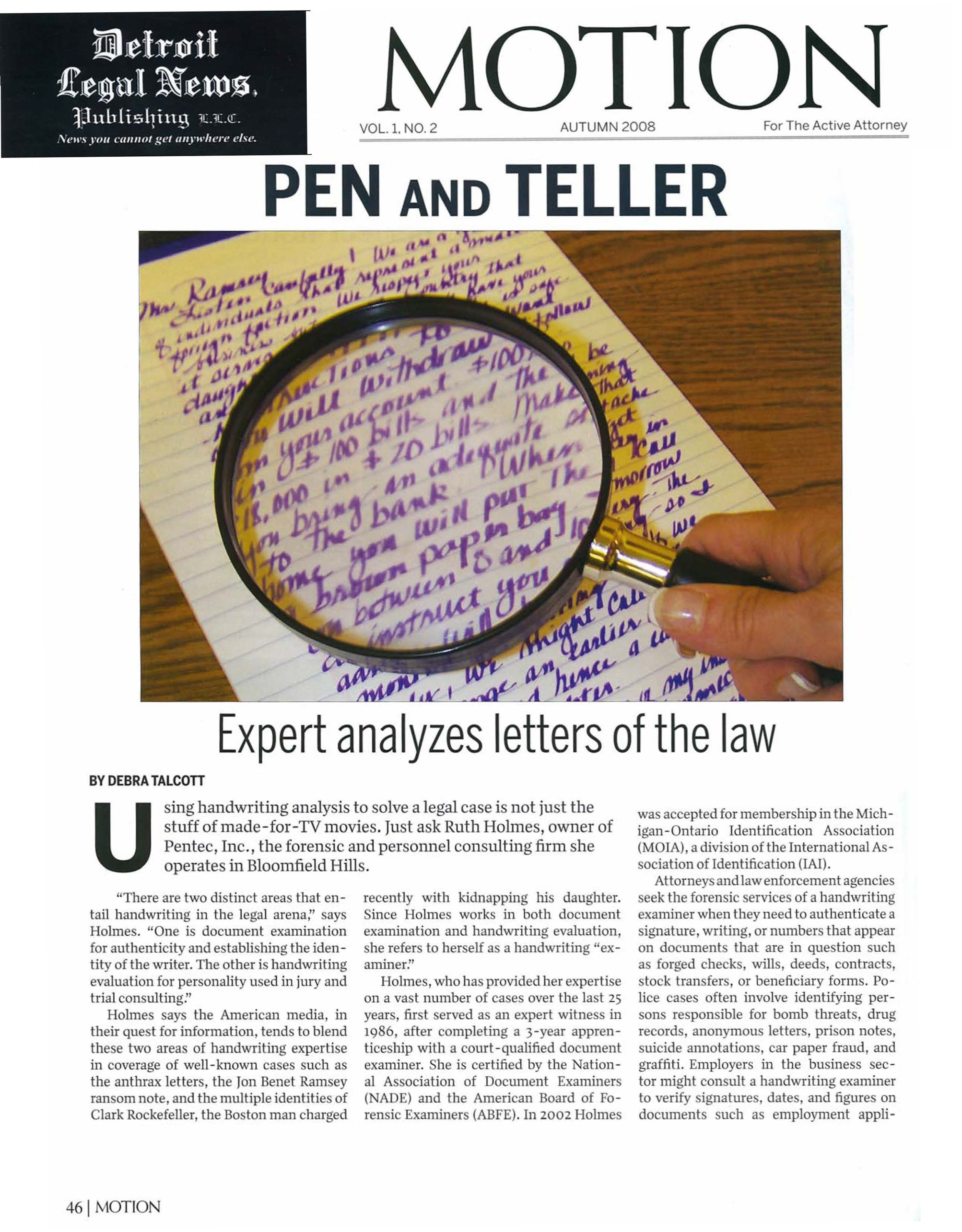 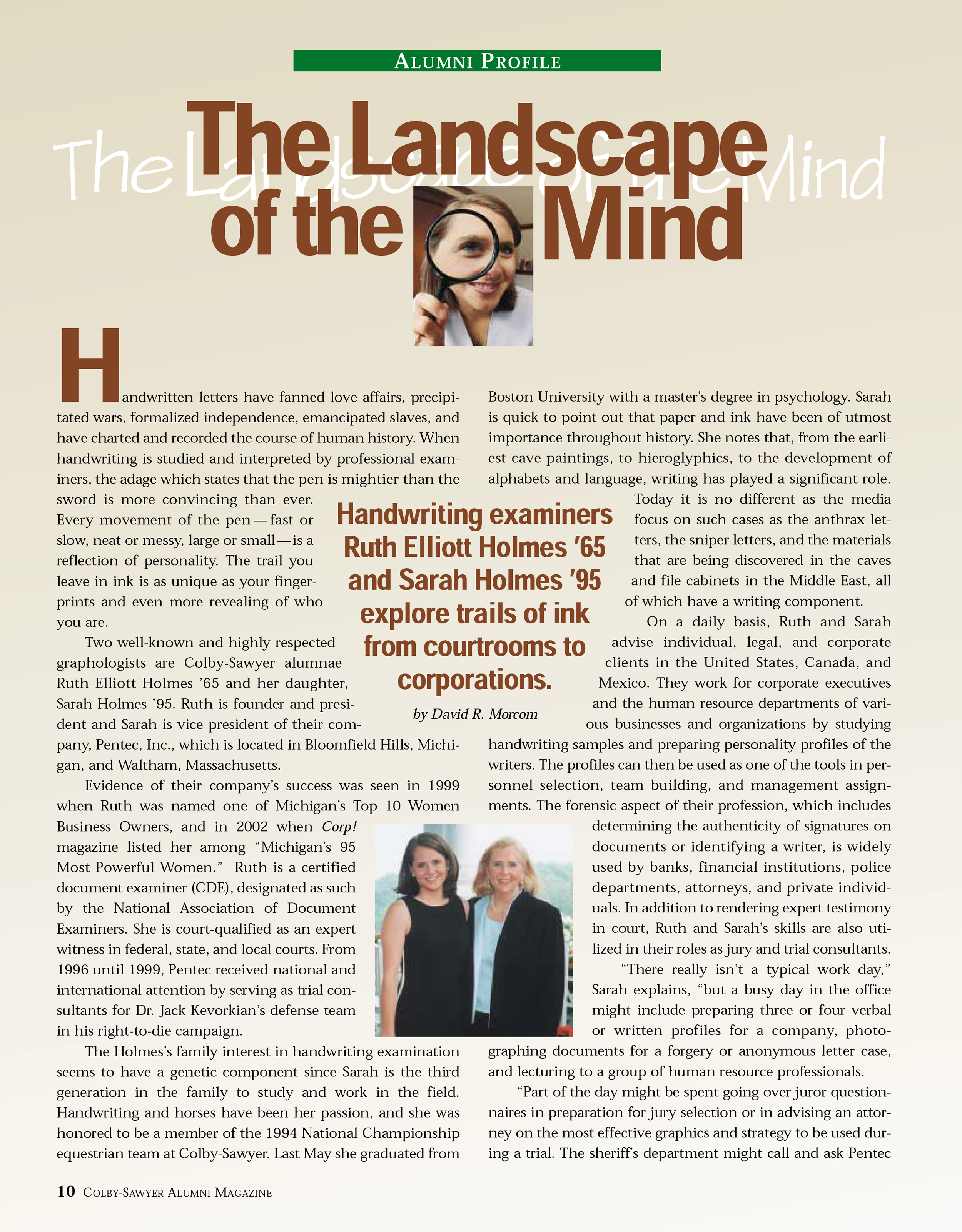 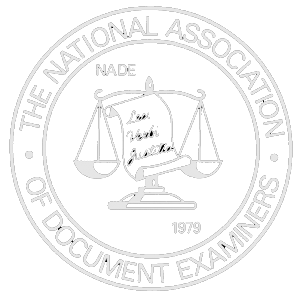